Although she still sits on the concert piano bench from time to time, these days you’re more likely to find Alice Ping Yee Ho in the composer’s chair, engaged in research, or fine-tuning her latest commissioned work. Over the past several years, she’s produced a truly astonishing array of notable intimate and large-scale works that reveal a collaborative spirit, an ambitious talent – and most importantly, a curious mind.

Many of the Toronto composer’s commissions have led to further collaborations. Ocean Child, for soprano and orchestra, won the composition competition that was launched last year by the PEI Symphony, as part of a series of festivities commemorating the 150th anniversary of the Charlottetown Conference. Mark Shapiro, the symphony’s music director, now has the composer working on a piece for Cantori New York, the acclaimed chamber chorus he’s directed for 25 years.

“I look back into my own culture. I find new sounds and new ways to communicate to the audience.”

The original texts for Ocean Child were written by Toronto theatre artist Marjorie Chan, whom Ho first worked with on The Lesson of Da Jing, the 2013 Dora Mavor Moore Award winner for Outstanding New Opera. Originally commissioned by Toronto Masque Theatre, the opera tells a hot revisionist version of a classic tale about Da Jing, the chief concubine of King Zhou, who has an ill-fated love affair with a music teacher.

“This opera was a big turning point for me because it uses Chinese instruments (pipa, erhu, and guzheng) intensely, alongside traditional Baroque instruments, which is new combination in opera,” says Ho, who grew up in Hong Kong, earned a Bachelor of Music degree in Composition from Indiana University, then moved to Toronto – where she received a master of music degree from the University of Toronto and put down roots.

“As a younger composer, I was into my individualism, but in the last 10 years, living in this multicultural city, I’ve had opportunities to do research into Chinese music and instruments,” continues Ho, who’s also had pieces commissioned and performed by notable Chinese ensembles in recent years. “Through these works, I look back into my own culture. I find new sounds and new ways to communicate to the audience, yet the music always reflects my own style. It’s important to me that audience experience these new sounds in ways that aren’t superficial, but rather in work that has depth.”

As the composer on Bridge of One Hair (2007), a massive three-year collaborative performance-installation piece linking diverse communities in Etobicoke, Ho dug into the music and storytelling of Somalia and Ireland. “It was so exciting and challenging for me to hear and work with people and ideas outside my own artistic life,” she recalls.

Ho, it seems, is always up for a challenge. In late May 2015, she helmed a three-day recording session of The Lesson of Da Jing at Toronto’s Music Gallery, which was followed by a public concert performance. “Producing was a new experience for me, and a little bit scary,” she laughs. “But I needed to be in control, because I have thought so much about what my ears desire to hear.” The recording will be released later this year on Centrediscs/Naxos, which last year released Glistening Pianos, a disc of Ho’s compositions for duo piano; the title piece received a 2015 JUNO Award nomination for Classical Composition of the Year. 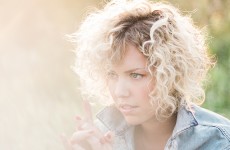 In the spotlight: Jocelyn Alice

She hits the “Jackpot” 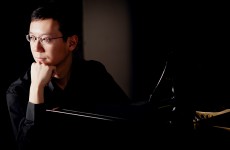 It’s no secret that music is a key component of any restaurant experience. It influences the atmosphere of the space and, by extension, the way customers experience it. Thus, restaurateurs that tailor their atmosphere through a wisely chosen music selection maximize their chances for success.

Louis McNeil is the owner of all four Cosmos restaurants in the Québec City metropolitan area, and he’s always placed music right at the heart of what sets his establishments’ customer experience apart from the rest; it’s what has ensured his success. “Twenty years ago in Québec City, there were no restaurants with an ‘atmosphere,’ only restaurants with tablecloths,” says McNeil. “We made a conscious choice to be a restaurant with no tablecloths. Music is definitely a big part of our customers’ experience.”

Twenty years ago, at the first Cosmos Café on Grande-Allée, the music was played via cassette tapes, later using 8-track tapes, and later using a system that played multiple tapes in a loop. After migrating to CDs, Cosmos began hiring DJs to make sure it kept that distinctive vibe.

A few years ago, inspired by the huge wave of boutique hotel and restaurant compilations à la Buddha Bar, Louis McNeil thought to himself, “Why not us, too?” Daniel Lussier, Cosmos’ head designer, recruited SOCAN member Alain Simard who, under the moniker Mr. Smith, created original music to fit with the restaurant’s unique personality. And now, the fourth album in the Cosmopop series was launched in November 2014.

“Cosmos can boast [that] it’s the only restaurant in Canada to have produced original music albums!” says McNeil. “Customers can buy the CDs in all of our locations, and it’s a great promo for the restaurant. It’s much more pleasant to see a CD cover than skewered chicken when you’re waiting at the bus stop. That way, we’re actually selling a vibe, a concept, an experience.”

There’s no half-stepping at Cosmos when it comes to sound quality: high-end speakers, acoustic panel baffles for better sound on the ceilings and walls, and anything else that’s required to give customers the best possible music experience. “We also don’t hesitate to put our equipment on display, like our amp banks right next to the kitchen,” says McNeil. “At Cosmos Lévis, we feature live music every Friday and Saturday night.”

Everyone can enjoy the Cosmos Ste-Foy vibe thanks to the restaurant’s website, where anyone can listen to Cosmos Radio, a web radio station that broadcasts the actual music being played at that location in real time.

Furthermore, throughout the years, Cosmos also played an important role in talent development. Such is the case of The Seasons, who honed their chops at the restaurant before breaking out on the international music scene. “We played there every other Thursday, we were kind of like the house band”, said Hubert Chiasson in an interview with Le Soleil.

Just like their owner, all four Cosmos locations – in Québec City, Ste-Foy, Lévis and Lebourgneuf – are creative, support creativity, and are passionate about food and music. In other words, they’re proudly Licensed To Play! 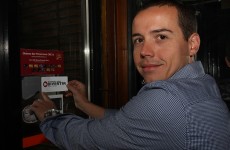 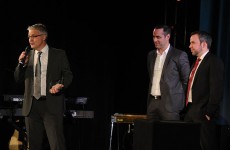 Musician Eric West-Millette dreamed of trains for nearly two decades.  From the Trans-Siberian to Japan’s Shinkansen, he rode the rails the world over, gathering the sounds and ideas that ended up on West Trainz, a hybrid project that’s somewhere between a documentary, a travelogue and a musical exploration. This impressive two-CD box set project (with a book included) was brought to life thanks to the indispensable collaboration of Louis-Armand Bombardier’s label, L-A be.

Except L-A be is not quite a label. Its founder and president describes it as a “cultural development agency.” What that means is that Bombardier doesn’t consider himself to be your typical boss, but rather a partner, or enabler. “Since we’re talking trains here, let’s say that I’m not a locomotive, I’m more like an engineer in a control tower making sure all the trains get to their destination,” he says. Then again, what could be more appropriate than talking trains and engineering with the grandson of Louis-Armand Bombardier? But even though he’s aware of the aura that automatically comes from his very name, Louis-Armand does not want to play the Québec Inc. card. His company’s acronym obviously stand for his initials, but he likes to point out that for him and his partners, the acronym first stands for Let Artists Be.

“I would’ve loved to self-produce, because it was an intricately personal project, but at the same time, it was so complex that I’m really thankful I got some help,” explains West-Millette. Louis is a dream partner because he’s interested in everything we do, and because he understands music, both from an artistic and technical standpoint. Plus, he wanted the record to be accessible to all because, in the end, he’s a socialist boss,” says the artist, grinning. Bombardier doesn’t argue, but still points out that he didn’t get into this business, which he’s been running going on 15 years, to lose money. “If you want rapid return on investment, you take no risks, but I like risks! I much prefer bold projects that seem impossible, at first, but that you know will have a long-term impact. My goal with L-A be is first and foremost the human adventure, but also to leave a mark on our culture. It might sound pretentious, but we do want to contribute to society.”

Still, one can only be surprised that in our era of the de-materialization of music, that mark they leave on culture would materialize in such a physical and atypical form. So how exactly does he expect to recoup his investment by selling art objects sur as West Trainz? “Of course the days of the CD are pretty much over, but why not make the best of the time left to create desirable objects,” enthuses Bombardier. In that regard, its mission accomplished for West Trainz, as well as with another exceptional L-A be project, the impressive Voyage d’hiver by Keith Kouna.

Loosely based on Schubert’s Die Winterreise song cycle, the record was first launched in a luxuriously packaged vinyl format that was closer to a book than a record, before being offered in a downloadable format. An underground rock artist with such a peculiar voice, grappling with the work of a 19th  Century composer is not exactly formatted for commercial radio, but Bombardier sees further than that, and he believes in all his projects with the same enthusiasm. “It’s the perfect example of that long-haul philosophy I was telling you about,” he says. “I call Keith’s project our Cadbury Egg project, because it’s timeless, the kind of stuff we can strut out every winter in a variety of ways, just as with West Trainz.”

In order to finance his wilder projects, Bombardier tries to find a balance between marginal and popular artists on his roster, hoping that the one can benefit the other. This is why artists such as Jérôme Couture and Jonathan Painchaud, who can rally large audiences, have signed with L-A be.  He can also rely on another important asset, however: his own recording studio.

Located in the Bombardier family estate, in Valcourt, a jewel of modern architecture from the ’60s, Studio B12 picks up where the famed Le Studio, in Morin-Heights, left off, hosting many a music legend before being abandoned. “My goal was to create a living environment, not just a studio, he explains. We can record there, but above all, we can live and create there. And I intend to open not just to musicians, but also to authors who would like a residency or to technicians who would like to experiment with new equipment.”

In other words, L-A be has no shortage of ideas and ambition. All that remains to be seen are the projects its chief engineer will put on the tracks in the coming years. 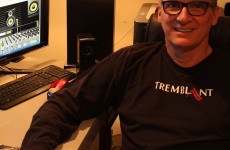 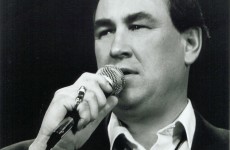 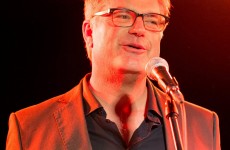