We all know by now that there are many more ways of being discovered than talent shows. Social networks have allowed us to discover, for better or worse, a plethora of Canadian talent over the course of the last decade: The most shining examples being Alessia Cara, Justin Bieber and Shawn Mendes. As for the worst ones, we’ll simply skip them.

In Francophone Canada, it was just a matter of time before a talent would emerge from one social network or another. And if the rumour is to be believed, that talent has now been discovered.

His name is Jordan Hébert, he’s 24 and has just shy of 30,000 subscribers on his YouTube channel. Created two years ago, it features his take on current Anglo hits by Ed Sheeran, The Chainsmokers and The Weeknd, as well as Franco hits by Jason Bajada, Louis-Jean Cormier and Vincent Vallières.

When asked about the upside of being a YouTuber, he says that “operating on the web has definite advantages.” But the same goes for the downsides. “Creating a platform on YouTube where you can be constant and consistent is easy,” says Hébert. “Then all you need is to post regularly, every week or other week, so that your audience knows to return frequently and grow attached to your content.

“Business development is also very easy: it’s recommended to all YouTubers with a certain following to send their audience to other platforms to discover quality content while at the same time preserving their core audience. But that’s sometimes harder than it seems. When you make music, the return on investment is quite low. You can spend 20 hours on a capsule that’s three minutes long, while other content creators just pick up their camera, talk for 10 minutes, and Bingo! It’s a hurdle for music, because YouTube prioritizes videos that have the longest watched duration when it comes to ad revenue.”

Be that as it may, Hébert puts the music first, and he recently introduced one of his songs, “Dehors” (“Outside”), one with delicate grooves and tender pleas. Positive reactions already abound and he’s even won the first edition of the talent discovery contest presented by Play, VRAK TV’s musical show!

“After all this time spent recording in a semi-professional way with basically no budget, it’s quite pleasing to have access to what Play has offered me: singing my song on TV, and radio tracking of my first published song,” says Hébert. “I’m still astonished. I was questioning the relevance of trying to break out my career on YouTube, when suddenly, it’s the exact reason why I won that contest, and forged ahead in this industry. It’s obvious that playing live on TV and benefitting from radio tracking is much more serious and desirable than videos on YouTube. That’s why I’m so grateful for what’s happening to me right now, and I can’t wait to learn more about how it’s all going to unfold. I must say, also, that everyone in the crew is charming and the production environment is very healthy.”

One thing leading to the next, he also got to participate in his first major musical event, Santa Térésa, the inaugural edition of the Sainte-Thérèse music festival, in late April. His first concert was sold out. “I did an original, math-rock-influenced song, “SP33DST1CK,” as well as “Dehors.” After years on YouTube, assembling a band was quite a challenge, because I’d grown accustomed to my comfort zone; all I had to do was record, film, edit and voilà, it was online! But it’s not enough. I rented a studio to rehearse my first show,” says the young man, who humbly refuses to take all the credit for that show’s success. He shared the headline with other up-and-coming songwriters such as William Monette, Miro Belzil (formerly of the band Blé) and Soran Dussaigne, three musicians he calls, “very, very talented artists.”

Based on these first experiences, Hébert – who’ll quite likely spend a lot 2017 weighing offers presented to him – plans to work on a full concert, and an album inspired be Foals and Bombay Bicycle Club: “a combination of the math rhythms of the former and the ethereal ease of the latter.” 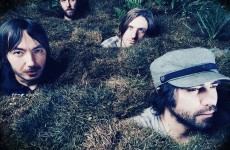 Patrick Watson’s Adventures live up to their promise 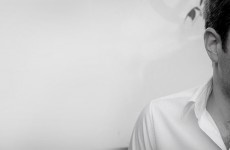 The label of “pop noir” has followed the band Del Bel for years, but it’s a descriptor that Tyler Belluz still admittedly enjoys. Belluz, the band’s composer and producer, concedes that their music can be tough to characterize at times because of their melting pot of styles, from trip-hop to classical and jazz, but the common thread is their undeniable ability to cultivate a vibe and atmosphere. Slow, simmering and considered, Del Bel’s sound unfolds like a black-and-white film noir mystery, gradually revealing layers in a way that draws listeners in with each beating drum, echoing guitar riff or brassy horn. Leading the charge are the jazz-inflected stylings of Lisa Conway, whose voices perfectly bends to each song’s twisting notes.

On April 7, 2017, Del Bel released their third album, iii, which finds the band expanding their already rich sonic universe, this time inviting Toronto rapper Clairmont the Second into the fold on the opening track, “Do What the Bass Says.” Belluz first discovered the hip-hop artist through Toronto’s Wavelength Music Series where he was struck by his “raw energy.” “I thought it would be extremely interesting to not only involve someone at his emerging status, but also see how he would tackle writing rhymes to a band that has never had such a collaboration before,” Belluz explains. The results were a glowing success, and Belluz hopes to work with Clairmont again in the future.

With members of this seven-member band scattered across the country now, it’s hard to plan live performances, but that’s only one of the many things Belluz has planned this year. By the end of 2017, he hopes to hash out a first round of demos for the next album, where they can “hone in on the next inevitable sound,” and release a new music video. 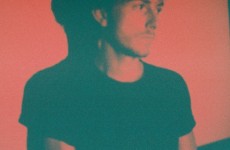 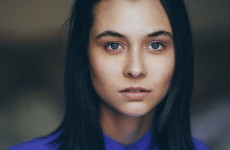 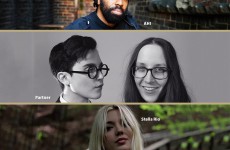 So how did Edmonton-based jazz trombonist Audrey Ochoa beat the odds to create a thriving career?

“By playing every possible style, with as many musicians, in as many situations as I can,” says Ochoa, who on May 5, 2017, released her second album Afterthought – a work of contemporary jazz, mixed with her Latin and funk influences. “I say ‘yes’ as often as possible – and enjoy accommodating odd requests like costumes, background vocals, dancing, jumping and whatever else, up to and including doubling on the Sousaphone at an annual cabaret show.

“I try to normalize the trombone in every situation. For example, playing ‘rhythm trombone’ in a blues quartet when I’m subbing for the harmonica; playing with pedals and loops when playing with hip-hop or electronica groups; and above all else, I try to honour the fact that every genre has its own language and conventions. I don’t want to stretch the musical situation before ingratiating myself first.”

“I try to normalize the trombone in every situation.”

Ochoa is a mainstay in the Canadian jazz scene, and a powerhouse trombonist.  Typically for a jazz musician, Ochoa has a degree in music – in her case, from the University of Alberta. Atypically, she’s performed with the likes of The Temptations, Dan Aykroyd, Carol Welsman, Hilario Duran, and more, as the “first-call trombonist” for touring acts passing through Edmonton.

Also atypically for a jazz album, there are no covers on Afterthought – it’s all originals. “I like to compose,” says Ochoa. “I find that most of my tunes are derivative of other standards anyway. The jazz medium is largely assessed on the improvisational language, so why not explore that on tunes of my own making?”

And what’s her composing process? “For this latest album, I wrote the bulk of the tunes using guitar and voice, finessing the tunes on [music notation app] Finale,” says Ochoa. “I always write alone, often singing voice memos on my phone while I drive, and then later adding grooves, and individual parts. It always begins with a melody. In the final stages I always rely on the mastery of [her trio bandmates Mike Lent and Sandro Dominelli] to add their personalities to their parts. It is jazz, after all.”

As befits Ochoa’s eclectic, open-minded musical approach, Afterthought includes two remixes by fellow Edmontonian, DJ Battery Poacher (a.k.a. Dallas Budd). “He produced and engineered an album by my friend, singer-songwriter Amber Suchy,” says Ochoa. “She showed me some of his electronic work one day, and I was so immediately taken with the sound that I demanded his contact info and texted him out of the blue. I asked if he would consider working with me on a couple of tunes, and he agreed, sight unseen. He’ll be doing the Edmonton album release show, and I’m looking forward to future live performances with him.” 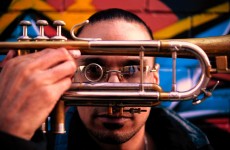 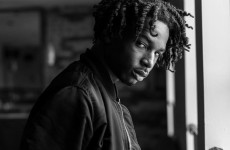 Unsettling songwriter may be city’s next great rap act 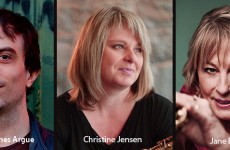