A who’s who of songwriters, screen composers, music publishers, and major players in the Québec music ecosystem gathered at Montréal’s La Tohu for the 29th edition of the SOCAN Montréal Awards, with more than 50 trophies presented during an evening celebrating Québec’s creative talent.

Hosted for the first time by Pierre-Yves Lord, this year’s SOCAN Montréal Awards was highlighted with an all-female complement of SOCAN Classic Song creators, including Laurence Jalbert, Francine Raymond, Marjo, Lara Fabian, Marie Carmen, and Hart Rouge, who, alongside their co-writers and publishers, received one or more of the awards.

SOCAN presented several Achievement Awards during the Gala, including the SOCAN Cultural Impact Award to Michel Rivard for “La complainte du phoque en Alaska,” written in 1973 and performed by his band Beau Dommage. Grand Dame of country music Renée Martel, was deeply moved to receive the SOCAN Lifetime Achievement Award for her 65-year career. Jim Corcoran received the SOCAN Special Achievement Award, saluting his work as an ambassador of Francophone music on the CBC Radio show À propos for more than 30 years. Tire le Coyote offered a great performance, interspersing two Corcoran songs were with excerpts from his brilliant show.

“The exceptional creative talent of SOCAN’s songwriter, composer, and publisher members is undisputed, and tonight we celebrate their diversity,” said SOCAN CEO, Eric Baptiste. “SOCAN is committed, every single day, to representing all of our members in a forward-thinking and relevant manner. We work to ensure that they are fairly and adequately compensated for their music.”

This year’s gala was once again highlighted by performances that were as unique as they were touching. Among those, Mara Tremblay and Éric Goulet sang and played a delightfully ethereal version of “La complainte du phoque en Alaska”; Lydia Képinski and the duo Saratoga paid homage to Marjo’s two SOCAN Classics; fast-rising singer Aiza, gave an Afro-pop spin to Lara Fabian’s “Leila” and “Je t’aime”; and Ludovick Bourgeois surprised everyone with his renditions of Francine Raymond’s “Y’a les mots” and “Les années lumières.”

To close the evening, the Breakthrough Award winner Loud tore the roof off the venue when he performed ’56k,’ the song that earned him the 2018 Francophone SOCAN Songwriting Prize, which he spruced up with snippets of his No. 1 hit, ‘Toutes les femmes savent danser.’

In the specialized music categories, jazz was honoured with the Hagood Hardy Award, going to Chet Doxas; the Jan V. Matejcek Award for new classical music was presented to James O’Callaghan; the Country Music Award went to veteran of the music scene Patrick Norman; international sensation Snails, won the Electronic Music Award; and Loud received two honours – the Urban Music Award and the Breakthrough Award, the latter of which he shared with the phenomenal Hubert Lenoir.

The gala also saluted the exceptional contributions made by screen composers and music publishers to the music industry, and the economy at large, by. Among the evening’s winners were Montréal SOCAN Awards regulars, Anthony Rozankovic, and his publishers, Cinéflix Média Inc., as well as ole Media Management, which received the Music for Television (International) Award, as well as the Television Music Award, Fiction, for Mayday. Screen composers Jean-Phi Goncalves (Le tricheur), Scott Price (Gags), Sébastien Watty Langlois (Salmigondis), and Rudy Toussaint (How It’s Made) all left the gala with a trophy for the second straight year. Marc Ouellette, Luc St-Pierre, and Les Éditions de Musique JB collectively received the Film Music Award for Amber Alert/I Have Your Children.

The contribution of SOCAN’s businesses that use licensed music in Québec was celebrated with the SOCAN Licensed to Play Award, going this year to the City of Longueuil. The city was rewarded for its recognition of the role of music in its community, and for its commitment to fairly and legally compensate the music creators and publishers.

SOCAN congratulates all of our winners! 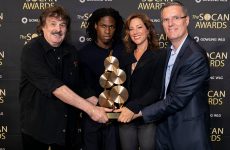 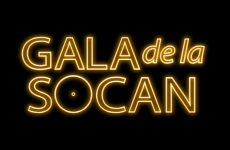 The duo has gained increasing traction since 2014, through their higher- and higher-profile collaborations, which were at the heart of their presentation. Indeed, it’s that very collaborative spirit that paved the way for Banx & Ranx’s success. “It’s better to have 10% in a song that’s bringing in thousands than 100% of a song that doesn’t bring in anything,” they said.

Such collaborations broadened the horizons of the Montréal duo, through a learning opportunity that amalgamated genres while preserving their own flavours. “You need to always mix your own sauce with that of others to make sure it remains fresh,” they said. “It’s hard to explain, hard to do, and hard to conceptualize, but you need to detach yourself, emotionally, from your art and let others enrich it.”

The beat-making duo also shared some of their technical tips and tricks. One of them is the importance of composing beats using a cappella vocal tracks in order to give enough room to those voices, and also not being afraid of tinkering with distortion. Attendees of the workshop walked away with new production techniques, and also got the opportunity to share crucial values for social, as well as musical, well-being; respect, open-mindedness, and the collaborative spirit.

“Every day we remind ourselves that we need to remain open to differences, and not judge people, and it’s the same here,” said Banx & Ranx. “In music, as in life, you need to keep an open mind and accept criticism to become a better person, and a better beat-maker.” 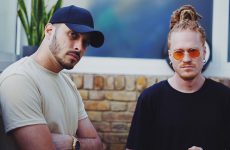 Banx & Ranx: Reaching for the top of pop 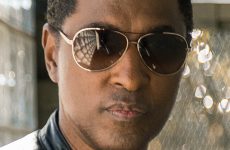 The 29th SOCAN Awards Gala in Montréal will be held tonight, Oct. 2. We will,  of course, celebrate the success of our songwriter, composer, and music publisher members, but what exactly is their relationship with SOCAN like? What does SOCAN represent to them? We asked the winners those questions; here are some of their answers. 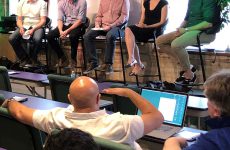 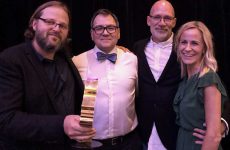